Of Sock Puppets and Songs

So there we were in Berlin.

Our Venue Committee chairperson (Nicole Krull) organized a very nice riverboat tour for us on Sunday before the meet and greet; 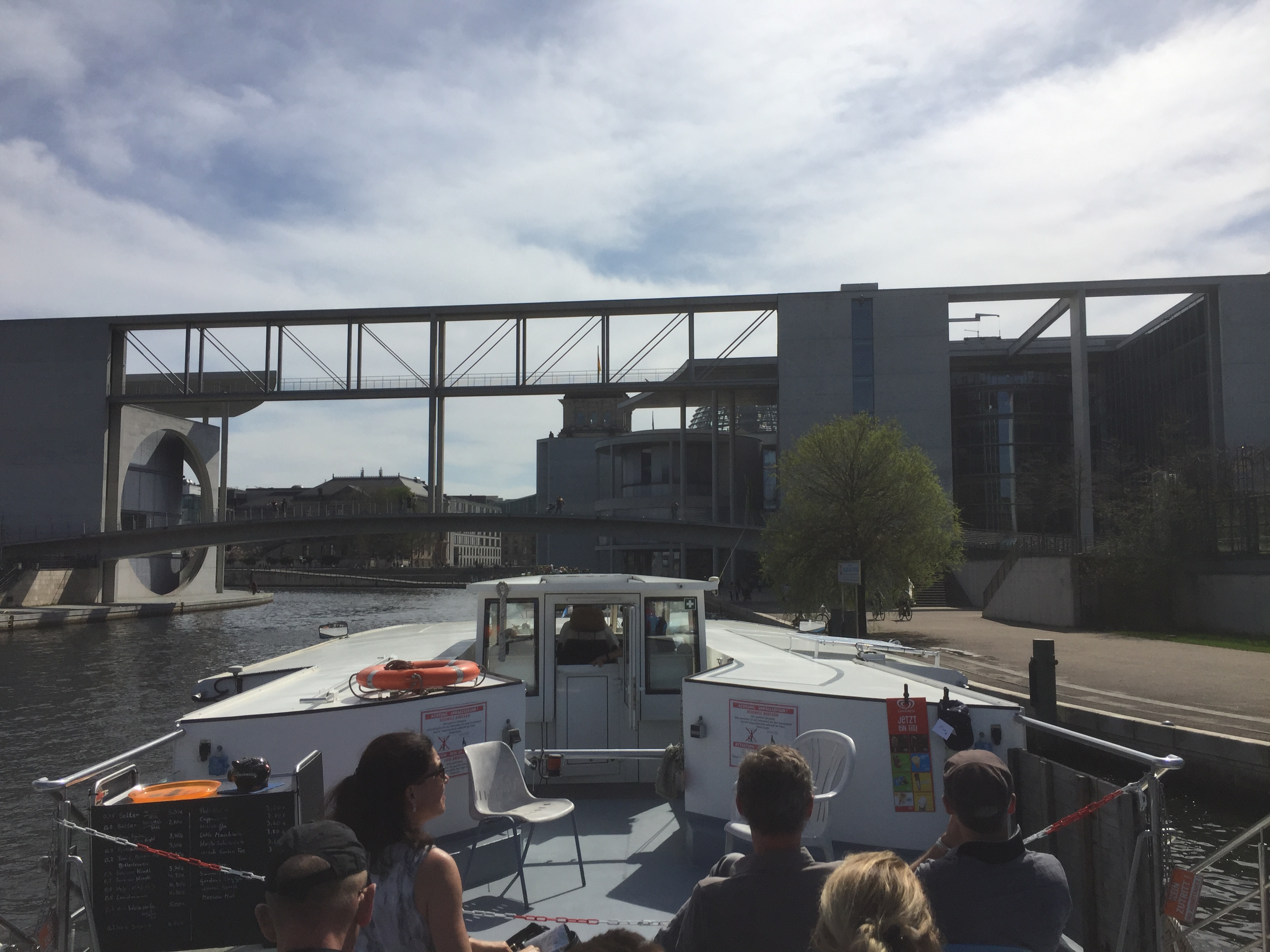 Eventually, we got back to the hotel for a wonderful Meet & Greet. As usual, it was very crowded but a very nice way to re-connect with people. Also as usual, Phil came the farthest;

Come Monday, Alexander got us started.. Had quite a bit of trouble with the beamers, but managed to get through most of it.

Did I mention how much I dislike this blog editor yet??

Ah well, after lunch, the technology troubles came back. So I had to stall.. As you will find out later, I cannot sing, and you already know my dancing is terrible... So this time I tried something a little different.. A sock puppet appeared and attacked one of our other Board members while Alexander fixed the technical issues;

Fortunately for me, it happened so fast that no one got any pictures.. Ah well... After a little bit of laughter, the conference went on. Lots of good presentation.. Since I am the lazy, old man I'm not going to link to them. Go dig into the document share and trust me, you'll find some. I do admit, some of what we see on day 1 gets old after a few conferences, but it does really help out the new attendees.

Monday evening we walked down the street to a nice brewery and had a tour. Some paid more attention than others.

Tuesday came and went with even more technical issues. It didn't seem to matter which of the 3 rooms you were in, at some point in time the beamers simply refused to work. Give the hotel staff credit, when our Time Change representatives chased them down, they came in a hurry. Thank you to the folks at Time Change for taking good care of us under difficult circumstances!

Tuesday evening we went back to the famous "House of 100 Beers".. This is the place where Marco and I discovered "The Strange Tale of Two Tutu's".

I tried hard to get Marco to re-enact this wonderful time (as we did in Hamburg), but he simply refused.. So I had to go another route..

Kevin was a very good sport about it and contributed in multiple different ways.

Then we went to the Sky Bar where Stephan (the original video taker) convinced us to "swing";

A very good time was had by all. The old man in the middle left early and some (who shall remain nameless) closed down the bar..

There we were Wednesday morning.. Many people had left already. I just do not understand this at all. Why pay all that money and leave early??  Especially before the group photo to prove to your boss you were really there (and not off in the Swiss Alps or something).

We won't discuss the "AVC Conversion song" that they missed either... If you ain't there, you don't get to see the good stuff...

In all, a very successful conference with some wonderful content! Record attendance (for Monday and Tuesday) and I think a lot of learning was had by all.

At least, it sure felt that way..